Game sessions have the potential to explore real-world subjects which some players might find deeply uncomfortable; such as class, fame, alcohol and drug usage, bullying, misogyny, religion, and toxic, abusive, and self-destructive behaviour.

While safety tools are ingrained into the structure of play, the responsibility of keeping the game safe and respectful lies on everyone at the table.

It’s a diverse and chaotic subtle asian world where we (young people) find ourselves trapped between the burdens of tradition and their our own lofty aspirations and ideals... where we fuck and get fucked... where everyone always wants to be someone else... and where we grapple with the choice of becoming boring, responsible adults or staying young and staying foolish.

Fight your insecurities. Pursue your ambitions. Give into the drama.

Struggle between who you are and who you want to be.

Grow the fuck up.

Welcome to the real world baby! Welcome to Capitalites.

Capitalites is a coming-of-age, slice-of-life tabletop roleplaying game about a group of young adults living in the big city and figuring out who they are while trying to get their shit together.

It uses a newbie-friendly, narrative-focused structure of play that focuses on collaboration and conversation - just like a TV Writers’ Room - to tell a story full of as much drama, romance, and tragedy as you please. If you’ve enjoyed games from the Belonging-Outside-Belonging and “Penned to Good Society” design families, you'll enjoy this one as well!

Play the role of one of 21 unique Characters, each with their own fashion styles, insecurities, ambitions, flaws, and strengths (all inspired by real-life friends and enemies - mostly with their permission).

Each one explores a different facet and dynamic in the great big chaotic world of young adulthood with their own special blends of spicy drama… whether it’s:

The politics of sex and attraction with The Hot Chick, The Player, The Slut, The Himbo, and The Sensitive Man.

The friction between tradition, identity, and progressiveness with The Social Justice Warrior, The Queer, and The Hypocrite.

The cost of fame, ambition, and money with The Crazy Rich Kid, The Hustler, The Actual Celebrity, and The Career Woman.

Dealing with hurt, self-hatred, and escaping a toxic cycle with The Fanatic, The Cynic and The Leftover.

And not knowing who you are or what you want with The 查某 [zha bó͘h].

Capitalites also draws heavy inspiration from my own real life and the lives of the people around me as well as adult comedy-dramas such as You’re the Worst, Master of None, Bojack Horseman, and Fleabag with a heavy dose of reality shows like Singapore Social, Terrace House, and Bling Empire.

“This is a game about the elites – about the people they make TV shows about. But it’s a game that punctures the glossy bubble that envelopes them and wipes the sheen away to reveal a mundane humanity. The stereotypes behind these playbooks are both desired and despised. In deeply sexist and consumerist society, many of these labels are #goals sought out as a part of growing up. And on the other hand, many of them are forced onto people, leaving them to wrestle with the fallout. This isn’t satire – but there’s an element of revealing the emperor has no clothes. But not to point and laugh – the game empathizes.”

"I had such a good time playing Capitalites. It gives you the tools you need to create the awkward scenarios you love in the best romcoms or modern style dramas. I was able to experience revealing my heart to someone and my crush having no idea I did so, just like in real life. Sam is very good."

"Playing Capitalites was a vehicle for my hidden desire to live the life of a high-society person without really being in it. The drama. The twists in relationships. The comedy. It does not take itself too seriously while players are encouraged to discover more of their characters throughout the game. If you want a fun, TV show-drama game, I highly recommend this one!"

“Capitalites embodies the world that everybody wants to live in. The parties are big, the dramas are orchestrated, and the people are never bored. Everyone looks beautiful and their insecurities are ugly - but in an ideal sense. You will love Capitalites the same way people love reality shows… they make us feel good.”

"Capitalites will eliminate the human capacity for judginess by making you be every kind of cringe person, one at a time."

Check out the launch party with an extensive interview with me and the rest of the Our Shores team right here!

A plain text version of the first half of the book

A Series Bible worksheet for setting up your story

Upon full release, the 80+ page PDF and gamekit will include:

and a guide for creating your own Capitalites character playbooks, series pitches, and hacks

In order to download this roleplaying game you must purchase it at or above the minimum price of $20 USD. You will get access to the following files:

Support this roleplaying game at or above a special price point to receive something exclusive.

If you are currently unable to afford Capitalites on its listed price, feel free to pull a free Community Copy!

More Community Copies will be added for every copy of Capitalites bought! 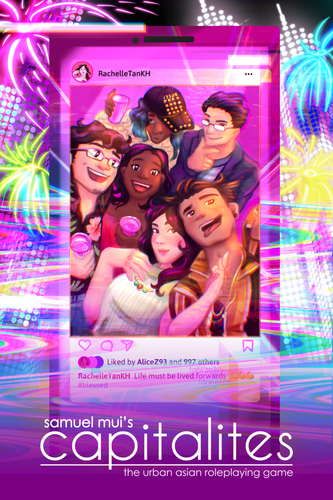 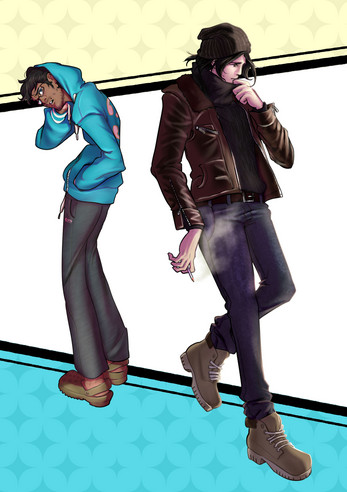 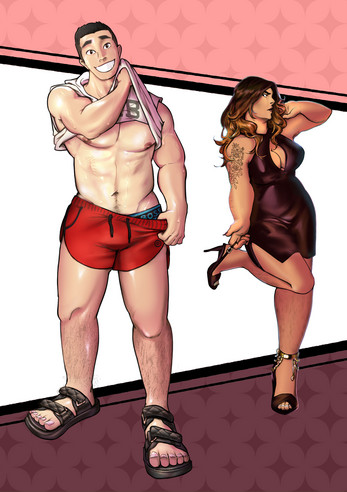 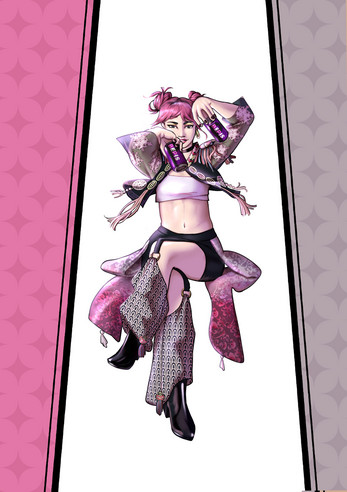