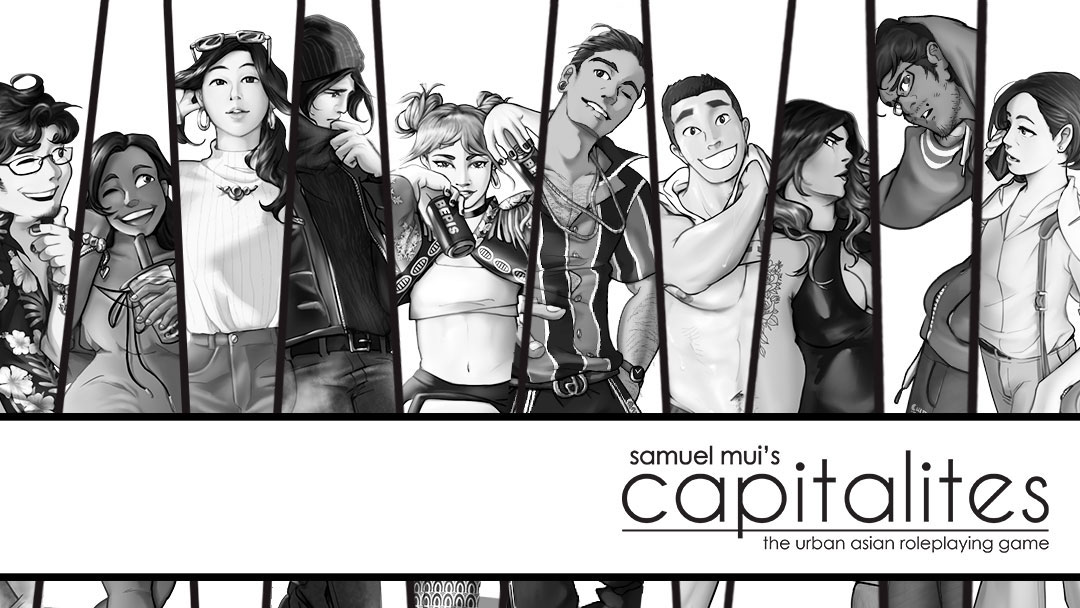 God only knows how grateful I am to finally stand here and make this post because it’s honestly the first time in my entire life that I feel completely seen. Everything you currently see before you is the accumulation of the last 23+ years of my life, of all its highs and lows and of all the painful lessons I’ve learnt over the years.

I was not the same person when I first conceived of this game and I will not be the same person when the game has released in its entirety (hopefully sometime around September, maybe sooner) but that’s the all-too honest nature of growing up, both as an adult and into adulthood.

And that’s a big part of what Capitalites is about - that painful process of growing up and figuring out who you were meant to be. It’s even a mechanic in the game now, you advance your characters in the game by literally crossing out their aspects and scribbling in new ones. Should you play for a long enough time, your sheet would be full and cluttered with all your “upgrades” and “improvements” that it would demand you change your character entirely or retire them.

Pretty apt isn’t it? We metaphorically throw ourselves away and fundamentally change who we are in the name of growth.

Evidently, this version lacks a written manual or handbook for how to play or approach this game. But even so, I have chosen to release this version because I do believe (based on past playtests) that everything provided does more than enough to serve as a playground with which to explore the game and make it your own.

Included in this update are 12 fully written playbooks, a series worldbuilding sheet, and three series pitches which you can use to quickly jumpstart your play. The latter two scaffold the GM-full style of play which Capitalites is built on and provides a solid baseline to start collaborating on the world of your game and telling the stories you want to tell. Altogether, I am confident that these will serve you well in playing a multi-episode “season” of Capitalites.

With all that said, take this early access version of the game and drive it like a stolen car. Use it as a tool to collaborate, discuss, and build stories that compel and interest YOU! Once you’ve picked this up, I’ll have no more reins over the game and I certainly won’t be able to control the way you will approach what’s inside.

Just remember to keep the game’s principles in mind and keep play safe and respectable at the table.

If you feel the current materials provided are insufficient or have any helpful comments to make on what would make your play experience better, go ahead and shoot me an email!

To those of you who have backed this game or bought it in its pre-Kickstarter phase, thank you greatly for seeing value in this game. To be frank, I was initially hesitant to bank in so much energy into this project, not just because it wasn’t really like anything else on the market but also because it was super weird putting all these vulnerable thoughts and potentially incendiary observations into a game.

Consider it my partial autobiography; and if it suits you - an opportunity to reconfigure your own youth and come to terms with things through storytelling.

To those of you who will buy this game, I hope the game will let you feel seen in your truest, ugliest, most honest self, not necessarily in a “called out” way but in a “hmm yes I can finally gaze into my self and be okay” way.

And, most importantly, I hope all of you have fun!

(PS don’t forget to RATE this game 5 STARS on itch.io - it helps the game garner visibility and play towards the website’s algorithm)