Lumen Ryder Core is a tactical-lite, flavour-heavy tokusatsu tabletop role-playing game for 3-6 players where you play as masked superheroes and their eclectic group of allies battling an evil organization.

Created by Samuel Mui, its rulings centre around a d6 dice pool system built on the LUMEN engine and prioritize a monster-fighting experience chocked with narrative flair and frantic cinematic descriptions that would make your inner 8-year old happy.

As part of ZIMO 2022, LUMEN RYDER CORE is Itchfunding in order to raise money needed to make sure that it becomes the best game it can be. As of current, the beta ashcan only contains the most basic version of the ruleset.

Thanks to the help of "Mutual RPGs", funding for LUMEN RYDER CORE’s art and layout are already set in place. HOWEVER, we will need YOUR HELP to create supplements for Lumen Ryder settings inspired by Jane Austen, urban asian slice-of-life, and Old-School Fantasy Dungeon crawling. If fully funded, these stretch goals will provide 144 pages of gut-punchingly awesome content!

Support Lumen Ryder Core to expand the Ryderverse and make it the game it should be!

Print Pre-Orders will be available on the PlusOneExp store soon.

“LUMEN RYDER is a perfect encapsulation in experiencing your favorite “Karate Bugman” shows firsthand, from the bewildering surprise at disparate themes each new season brings in expertly crafted rollable tables, deceptively complex and clever character generation, fast and flashy combat that fits right at home in the Lumen system, all rolled into one handy little book that you wanna put in your belt and shout HENSHIN!”

“I really love LUMEN RYDER! The game kicks off with a bang at character creation. The random tables provide laughs and plenty of exciting ideas for further play. The game facilitates a strong team identity from the beginning that pulls you right in. 10/10 would recommend!”

"LUMEN RYDER is both a love letter to Kamen Rider and an invitation to dive deep into the deep pool of creativity and human connection at its heart. It really revs the motors, it powers my turbines, charges my kicks and hens my shins" 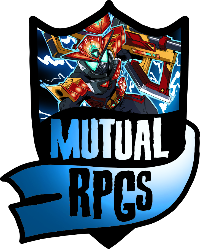 "Mutual RPGs a mutual aid support project organized by Plus One Exp." 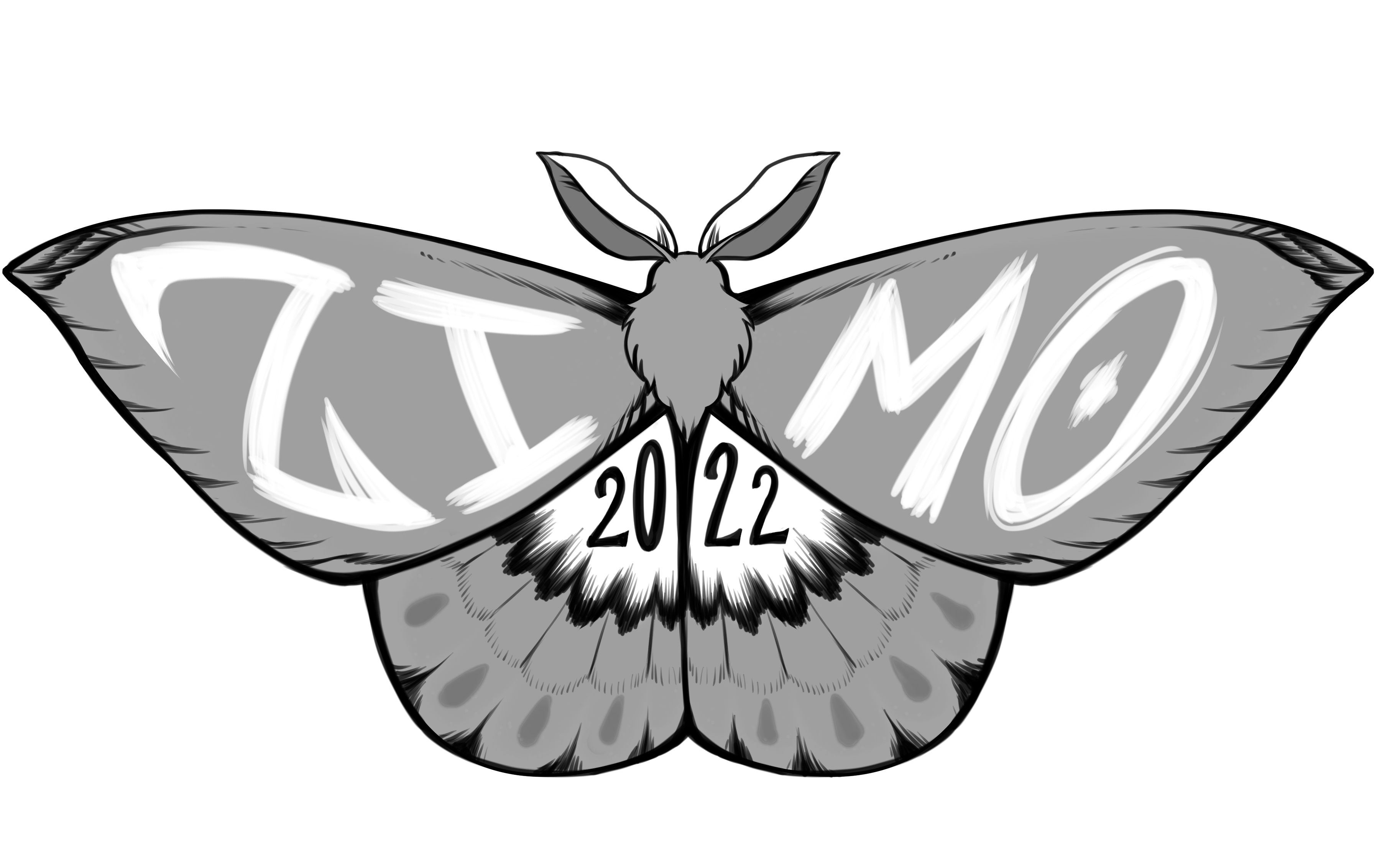 In order to download this tokusatsu action rpg you must purchase it at or above the minimum price of $15 USD. You will get access to the following files:

Support this tokusatsu action rpg at or above a special price point to receive something exclusive.

This pledge is for those who have already purchased a copy of the Beta Ashcan and want to receive the full version of the game at no extra cost!

To be eligible you must have already purchased the Beta Ashcan version of the game for $5+.

If you are looking to review this game on stream, a blog post, or some other channel please grab a free copy and tag us (@babblegumsam) so we can help share your content!

If you have additional questions, would like to schedule an interview, set up a time to play with us, or have any other questions please feel free to reach out via email to babblegumsam@gmail.com

If you are currently experiencing financial hardships of any kind, do not hesitate to pick up a free community copy of our Beta Ashcan.

If you like it, feel free to leave a review or rating! Anytime someone reviews or rates the game we add another community copy!

Final Form: Journey Across the Ryderverse

Become part of an infinitely expanding multiverse of Ryders and create your very own Ryder or Kaijin! Your design will be illustrated by our artist Ju5t07.

Aaronsxl125 days ago(+1)(-1)
Mui surprised me by saying that Lumen Ryder is ultimately not a system about combat, but instead one that uses combat as an expression of personality and identity. And if you dig into the themes, mechanics, and tokusatsu’s history of selling toys to children, I think they’re right.
Reply
babblegumsam125 days ago(+1)

That's the Lumen Core at work, not Lumen Ryder

Yep! Currently, the ashcan is the only accessible part of the game and I have no plans to update it as of now. There will be more content coming soon with more versatile and robust character creation and combat systems.

If you have purchased the BASIC FORM tier and wish to upgrade to a SUPER FORM tier to access the full game when it comes out, I will be setting up another store page for that (seeing as itch.io doesn’t really support pledge changes).

Hey! Amazing game! I have a question though, do players create one ally and one ryder each or they chose in between ryder or ally?

Thanks for the reply, can't wait to see the final version!!!

Will the upcoming print copies come with a digital copy as well, or would they be separate purchases?

Absolutely, that’s part of the plan in case you need a copy for digital referencing and such

Awesome, glad to hear it!

I'm not super familiar with itch fundraising, is there a deadline? I don't have the money now but when I'm paid I'd like to get the full copy.

So the fun part about itchfunding is that you can still buy the game after it’s over as it will be available on this very store page!

there’s no hard deadline to get the game

I don't expect this project to be complete soon (it may very well take into next year perhaps, figuring layout is quite a process) however my anticipation is killing me! I can't help but ask how long till the final version?

Nice!! We’ll aim to be finished with Lumen Ryder Core by fall or winter along with hopefully the Capitalites and Austen supplements!

Im sure everyone would want the core rules of Ryder Core first, no rush for the supplements

Keep an eye out! I’ll be releasing a huge chunk of the core rules this month

What happened to the teaser saying Lumen Ryder would come out the 14th of September?

I’m genuinely sorry for this. I had to change the date from the 14th to the 21st but accidentally sent the wrong, unedited email before my flight.

This is all on me, I apologize. Please bear with me for one more week as I get my immigration stuff sorted and finalize the edits to the update.

Hi! Is there any way to purchase this with a card rather than PayPal?

itchio currently only allow payment via Paypal and Stripe, but both can be linked to a card!

Itch supports buying by card, its how I buy everything

If I am unable to support this campaign at the moment, are the funded supplements going to be made available at a later date? Because Regency Era Tokusatsu is a crossover I never knew I needed.

YEP the funded supplements will definitely be available down the road. Hope you’re prepared bc we’re pulling out all the stops for Austen!

I'm curious if it has any rules or concepts related to the early or final Samurai Flamenco plotlines? I enjoyed the littering,  trash, umbrella, and earnest heart to heart conflicts though I could see those being outside the scope of the game.

You could definitely pull those off with our Drama phases easily. The character creation process gives you a lot character traits and details to play with and you could honestly play a whole episode doing mundane, slice of life shit before getting deep into the tokusatsu absurdity

That is excellent to hear! I am excited!

This looks awesome! I will definitely try to run it for my friends.

Nice! Let me know if you have questions before running it or if you need any kinda assistance - esp if you find any part of the beta ashcan rough to parse

Will do Sam, thank you.

Best of luck on all of your projects, Sam and team! 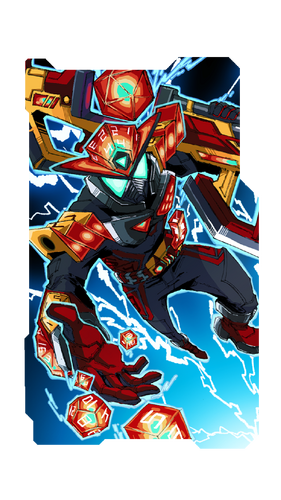 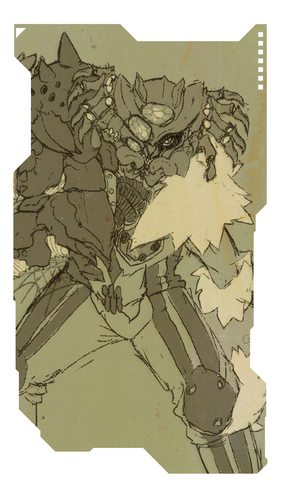