Southern Skies is a GM-less conversational RPG about coming home to and eating dinner with a family you haven’t seen in a long time and coming to terms with your shared histories by either expressing your true feelings or keeping them to yourself.

The game is divided up into 4 stages: Appetizers, Entrees, Dessert, and Drinks. At each stage, you will talk to one another and attempt to tell each other how you feel while trying to receive closure.

Southern Skies will be available for PWYW  with a fully illustrated zine edition to be released in due time.

The premise is beautiful. It's universal. I have the version that is included in the Babblegum Microgame Collection. I ran it for our local story game group. We had around 2 hours and I made tweaks to work with that time structure.

Our group collaborated and decided on being a family of old college friends who made a film together 10 years ago. It was a crazy production but the film itself has become a cult classic. Some of us became famous, some of us didn't. Most of us didn't stay in contact. 10 years later, we reunite at our college professor's home.

By the Entree phase, we had a flow. We were in character and just started talking. We opened up and apologies were made. There was comraderie in the room before the end and even karaoke!

Thanks for this game and the collection in general. I would play this again and am open to playing it as blood relatives. 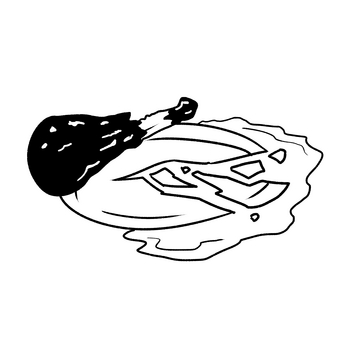