Deep in the heart of an orcish homeland, torn apart by roving adventurers and power-hungry imperialists, a drow slave and a lone orc trek across hostile territory to exact revenge on an adventuring party for a a history of violences committed against them and their people...

Savage Blood is a story-game for 1-5 players about revenge and colonial ultraviolence - a revisionist fantasy story that flips the script and humanizes the plight and homogenization of the drow and orc civilizations by the dominant "races", especially in lieu of the real-world allusions to real-life colonization and racism present in traditional fantasy genre.

This game is best played with the intention to explore the darker side of adventuring parties in a culture that rewards treasure-hunting loners trespassing into the homelands of other civilizations and killing whoever they deem hostile.

It can also be used as a light worldbuilding exercise to add complexity to your existing fantasy world or campaign.

Savage Blood uses an intuitive technique of discovering/divining a story through the usage of art/tarot/oracle decks developed by @temporalhiccup in Stories Of Love in Manila.This game also takes heavy design inspiration from Archangel Dating Simulator by @mariamison.

This game is directly inspired by recent Orcs discourse on Twitter and The Nightingale (2018), a revenge movie directed by Jennifer Kent which deals with the exact same themes.

In order to download this story-game you must purchase it at or above the minimum price of $5 USD. You will get access to the following files:

Savage Blood is, appropriately for a thing inspired by The Nightingale, violent and emotionally intense.

It explains how to interpret tarot cards in its intro, which is a nice touch, but it tackles extremely heavy themes by design, including genocide and intense racial violence, and also potentially sexual violence. The PCs' victory also plausibly includes doing every horrible thing the oppressor culture did to them back to a select group of humans from that culture, so there is a very strong potential for the game to get grisly.

With that in mind, the game is mostly storytelling based on prompts from the pdf and the tarot deck, so you have some control over where it goes, but the pdf does a lot to shape the narrative and keep it headed in a very specific direction. You're meant to reproduce The Nightengale, albeit in a fantasy world of orcs and drow.

I don't know that this is a game I would run or play, but if you have a few friends who like being uncomfortable and you have really good safety mechanics on deck and you want a visceral experience, I think this is worth checking out.

A tough story game, about tough themes. And that's made with great inspiration. The two profiles of the main characters are well defined, bringing strong feelings into the game.

It lacks just a bit more explanation on how to pace the questions, but it's fully playable. 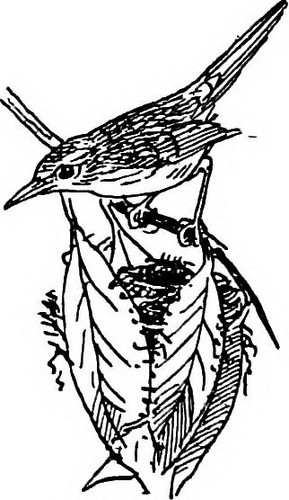