Content Warning : EDD-BTB contains themes of self-destructive behavior, violence, religion, and sexuality. It is not intended to be sensitive which is why I was reluctant to publish this. Nevertheless, my personal belief is that, with the right players, there is a place for transgressive, edgy humour in media and gaming. Before playing this game, ask if there's anything you would not want during the session (e.g. alcoholism, self-harm, religious material). As risque as this game is, make sure that it still remains a safe space for everybody involved.

You are all students at a boarding school for the magically gifted. The end of semester has arrived. You awake to the revelation that an Ancient Evil has returned to threaten the nature of existence itself. According to your headmaster, you and your friends are the ones prophesied to save the world. And so you set off on your magical quest… but the real question is: will you be able to defeat your own self-destructive behaviour? The answer is a resounding NO.

Edgy-Depressed-Dumbass+Bitch-Thot-Bastard is a regrettable micro-RPG where you play terrible wizards saving the world in the vein of Cards Against Humanity.

It's a dumb, childish, rude game and you probably know what you're getting into when you see the title.

Create magic spells and harness your personality flaws to gain advantages and fight Time-Travelling Hitler in a 60ft Tall Mecha! Alcohol is optional but highly recommended.

If this bullshit isn't your cup of tea, might I recommend something more refined: a bundle of 170+!!! games from #SadMechJam including some designed by me, Swords and Flowers, and Role Over Play Dead.

To get your bundle today, donate at least 10USD to RAINN or Trans Lifeline and provide proof to sadmechjam@gmail.com!

Role Over Play Dead1 year ago

An inimitable contribution to the Malaysian TTRPG canon. Also you need to record an Actual Play of this.

Wouldn't we prefer something more sophisticated??? 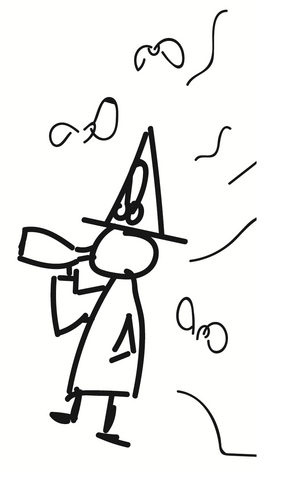 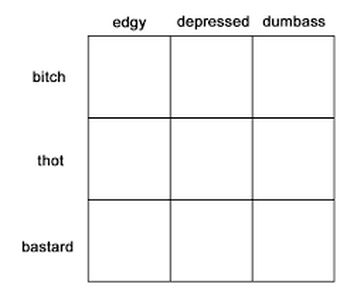